The Fenix 7 series is the most advanced Garmin smartwatch. It comes in three sizes; 42mm, 47mm and 51mm just like the Fenix 6 and Fenix 5 series with the smallest size being the 7S and the biggest is 7X. The 42mm and 47mm sizes come in three models, while the 51mm size comes in two models. The new set of smartwatches come with new features such as a touch-sensitive display, a revamped interface, a slightly longer battery life than their respective predecessors and a limited version of the Garmin Connect app is now onboard the watch. New health tracking features have also been added as well as preloaded maps and more sports profiles. We’ll be taking a look at the features of the Fenix 7 series and the differences between the Fenix 7S vs 7 vs 7X units to help you decide which model is right for you.

All Fenix 7 Series Models and Prices

The Sapphire Solar models are the most expensive. This is because they have the most durable build, higher storage, more preloaded maps, supports multi-band GPS as well as always-on solar. 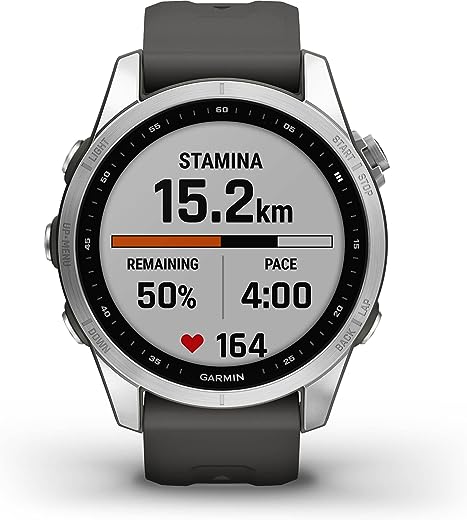 Features New to the Fenix 7 Series

Before we proceed, here is what’s new to the Fenix 7 Series.

The difference between the respective models in the 7S series comes in the materials used, battery life, maps, storage capacity, price and colors. All the models are available in the same 42mm case size. While the Standard and Solar units have a storage capacity of 16GB, the Sapphire unit comes with 32GB storage. It also comes with preloaded topo maps, trail and road maps and ski resort maps. Moreover, it supports multi-band GPS.

With the Standard and Solar models, you only get preloaded ski resort maps. However, you can still download the map of your choice using the built-in map downloader app.

As per the battery life, you can get up to 11 days with the Standard model, it’s up to 2 weeks with the Solar and Sapphire Solar models.

The available colors also differ as shown in the table above. The Fenix 7S Standard is the cheapest, while Fenix 7S Sapphire Solar will cost you a little more.

All three models in the Fenix 7 series come in 47mm case size. The 7 Solar and Standard have cases made of fiber-polymer materials with a stainless steel bezel and stainless steel rear cover while the 7 Sapphire Solar has a titanium bezel with a titanium rear cover. It also weighs a little less than the other two units.

The Fenix 7 Sapphire Solar and Solar have a battery life of up to 22 days, it’s about 18 days with the Standard model. The colors and prices also differ with the Sapphire model being the most expensive.

The colors also differ as well as the prices. The battery life of both models is the same. You can expect up to 28 days on the normal and up to 37 days with Solar activated.

Even more, is that the Fenix 7X models are equipped with a flashlight feature that can come in handy in helping illuminate a little dark space and can also mimic your cadence as you run or walk.

In summary, the Sapphire Solar units of the Fenix 7S, 7 and 7X have a more durable material, feature more preloaded maps, support multi-band GPS and weigh a little less than their Standard and Solar counterparts. This is why it’s priced higher than the other units.

The Sapphire models also weigh a little less than their Standard and Solar counterparts. All the models are rated 10ATM, so you can actually wear this to the pool ocean, shower and otherwise (diving from a very tall height might subject these devices to intense pressure).

The Fenix 7S is no doubt the most comfortable to wear out of this three. However, it’s suitable for individuals with a slim wrist size.

Furthermore, the display on all Fenix 7 series is powered by the regular transflective memory-in-pixel display. It’s quite colorful at 283 PPI, and it’s also very bright to read.

Navigation has been enhanced as for the first time, all models are touchscreen. This is in addition to 5 physical buttons that make it easy to navigate the new revamped interface. There are lots of watch faces to choose from on the Garmin Connect app which is now available on the watch.

The Fenix 7X which has the biggest case size has a 1.4 inches display size which is bigger than 1.3 inches of Fenix 7 and 1.2 inches of Fenix 7S. In other words, you get to see a little more with the Fenix 7X. Nonetheless, the Fenix 7S display is still very easy to read except perhaps for visually impaired individuals.

Like their respective predecessors, the Fenix 7 series are fully equipped to track your daily activities. Each model is equipped with a heart rate sensor, Spo2, barometric altimeter, gyroscope, accelerometer and thermometer sensors. This enables these watches to track your sleep, heart rate, blood oxygen, calories, steps, floors climbed and many more.

The Health Snapshot feature that lets you log a short session of your heart rate, blood oxygen, respiration and stress is also available. Onscreen animated workout modes are also available as well as incidental fall detection that lets the watch call preset emergency contacts when it detects a hard fall and your phone is nearby.

Newly added activity tracking features include HIIT workout, kiteboard and windsurf sport profiles. Real-time stamina, race predictor, SpeedPro and the new sleep manager that lets you customize what the watch tracks when you wear it to sleep.

In more words, the Fenix 7 series are perhaps the very best as far as outdoor activity tracking is concerned and fitness tracking in general.

As mentioned earlier, all Standard and Solar units come with 16GB storage capacity, while Sapphire Solar models come with 32GB storage. You can add your personal music as well as download your playlists from supported services such as Spotify, Deezer and Amazon Music. Then pair your Bluetooth headphone to listen to music offline as non of the units has a speaker.

Garmin Fenix 7S vs 7 vs 7X – Notifications and Payment

Each of the units also supports Garmin Pay – a non-contactless payment system that lets you make payments directly from any of these units with your debit card.

Due to its size, the Fenix 7S has the shortest battery life which is still very long when compared to other high-end GPS smartwatches. It has up to 11 days, it’s up to 18 days with the Fenix 7 while the Fenix 7X has the longest battery life of up to 28 days. Meanwhile, the respective Solar models have longer battery life.

Garmin Fenix 7S vs 7 vs 7X – Which is Model and Size is Right For You?

Clearly, each unit in the Fenix 7 series is well designed with top-notch materials as well as equipped with lots of features.

The Fenix 7 series are generally not cheap, these are some of the most expensive smartwatches in our catalog. So, if you have a bigger budget, you can go for the Solar models which offer longer battery life than their Standard counterparts.

And if you want more durable materials, more preloaded maps (you can always download maps with other models), 32GB storage and multi-band GPS for increased location tracking accuracy, then the Sapphire Solar models are no doubt the very best in the Fenix 7 series.

What’s the difference between a Fenix 7 and 7X?

Which Garmin Fenix 7 is best?

How big is the Fenix 7X?

Does Fenix 7 have touch screen?

Yes, all the Fenix 7 series units all have touch-screen support. This is the first Fenix smartwatch to have a touch-sensitive display which in addition to 5 physical buttons and the revamped interface makes navigation a lot easier.

Can you answer calls on Garmin Fenix 7?

No, you can’t answer calls on the Fenix 7. The Fenix 7 lacks a loudspeaker and microphone, as a result, it can’t make nor receive calls. You can only receive call notifications which you can answer on your phone.

Does Fenix 7 have maps? 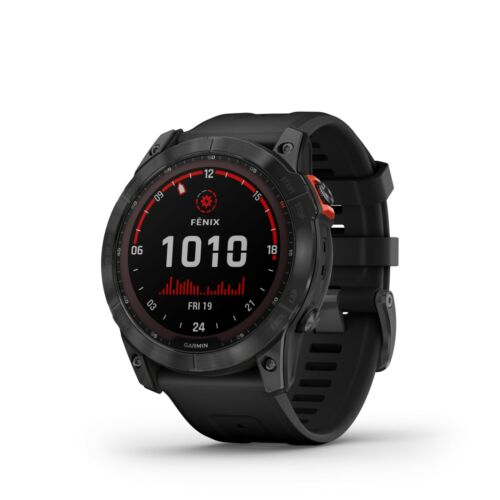 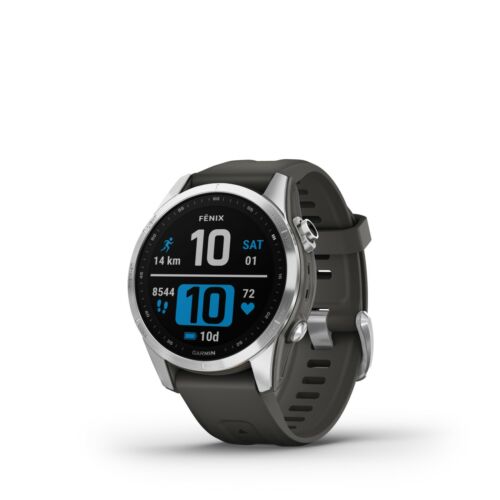