The Watch SE series is a less-equipped model of the Apple Watch that debuted in 2021. It now has a successor in the Watch SE 2 which like its predecessor lacks an always-on display, fast charging, and can’t track blood oxygen and ECG. Moreover, the SE 2 also lacks the new temperature sensor present in the Watch 8 and Ultra. Though it welcomes a more powerful 256-g accelerometer that can detect when your car has crashed. Meanwhile, like its predecessor, the Watch SE 2 only comes in aluminum build and is available in two sizes; 40mm and 44mm. Each of these sizes is available in GPS-Only and Cellular models. In today’s guide, I’ll tell you the differences between the 40mm and 44mm and also help you choose the right size for you. Although the Watch SE 2 is a lower-end Apple Watch, it’s still a very fantastic smartwatch. It’s durably built and equipped with a lot of health tracking features, 32GB storage, a speaker, a microphone, and Apple Pay.

The right size for you totally depends on your wrist size. Take a measurement of your wrist using a meter rule then compare it with the size of the two watches. The one that is nearer to your wrist size would make a perfect match. You obviously don’t want a watch that sits awkwardly on your wrist. For instance, my wrist measures 45mm, so I would settle with the 44mm unit. 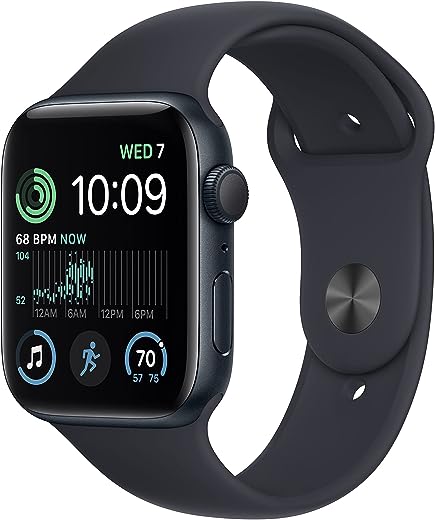 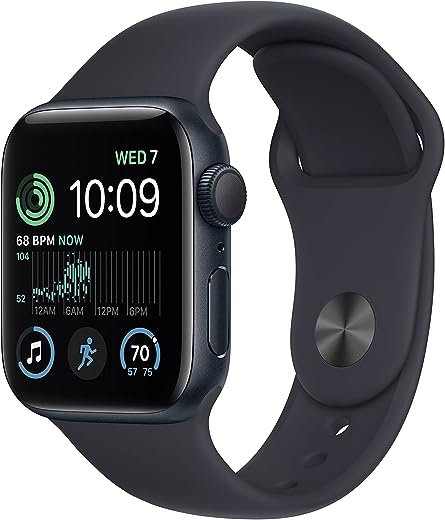 Before we continue, you need to know what’s new on the SE 2 to help you decide if an upgrade is a worthwhile option. To be very frank with you nothing much has changed with the release of the Watch SE 2. Moreover the latest OS, the WatchOS 9 can also be downloaded and installed on the Watch SE, thus allowing you to get access to all of its new features. Like the Watch SE, the Watch SE 2 is equipped with 32GB storage capacity, a speaker, a microphone, and loads of health tracking features.

In other words, the Watch SE 2 has the same features as Watch SE except for the following few additions.

The Watch SE has an accelerometer, however, the Watch SE 2 has a more powerful 256-g accelerometer that supports crash detection. If you own a car, this feature can be a lifesaver for you as it will allow the watch to start a call when a crash occurs and you’re unresponsive after 60 seconds. Note that while you don’t need your iPhone to make a call with the Cellular mode, the GPS/WiFi model needs your iPhone nearby to start a call.

The Watch SE 2 is equipped with the same S8 chip that powers the Watch 8 and Watch Ultra. According to Apple, the S8 chip offers 20% faster performance than the Apple Watch SE’s S5 chip. Nonetheless, the Watch SE has a remarkable performance.

Continuous heart rate tracking is one feature that impacts the battery life of the Apple Watch. Apple has tried to address that with WatchOS 9 by reducing the frequency of heart rate tracking and GPS readings during workout activities. WatchOS 9.1 is also available for the Watch SE but this feature is restricted to Watch 8, Watch Ultra and Watch SE 2.

Now that you know what’s new in the Watch SE 2, let’s take a look at the differences between the 40mm and 44mm units. These two have the same design, 32GB storage, health features, and battery life. They are basically the same except for the differences in size and price. The aim of the two sizes is to give customers the option to choose their preferred size since we all have different wrist sizes and no size fits all.

The 40mm unit being smaller is a more compact smartwatch than the 44mm model. Though, the 44mm unit is still one of the most compact watches. As a result of the smaller case size, the 40mm weighs a little less. The GPS model weighs 26.4g while the 44mm GPS model weighs 32.9g.

As a result of its bigger case size, the 44mm unit has a 1.78 inches display compared to the 1.57 inches of the 40mm unit. While you can read complications clearly on the smaller unit, a bigger display was a bigger deciding factor for me than how nice it looks on my wrist.