In June Garmin released the Forerunner 255 which succeeds the Forerunner 245 that was released in 2019. That’s a whole three years of waiting, and it’s worth noting that the new 255 series comes with new features that in my honest opinion seem like a worthwhile upgrade. The Forerunner 255 welcomes Garmin Pay, altimeter, animated workouts, more activity profiles, a longer battery life as well as the new multi-band GPS sensor that enables increased accuracy in location and route tracking. Moreover, unlike its predecessor, the Forerunner 255 comes in two sizes; 41mm and 46mm, these two are the same in every aspect except for differences in sizes and battery life.

The option of two sizes gives consumers the option to choose their preferred size since we all have different wrist sizes. In this article, we’ll compare the differences between the Forerunner 255 and 255s and also help you make the right choice. 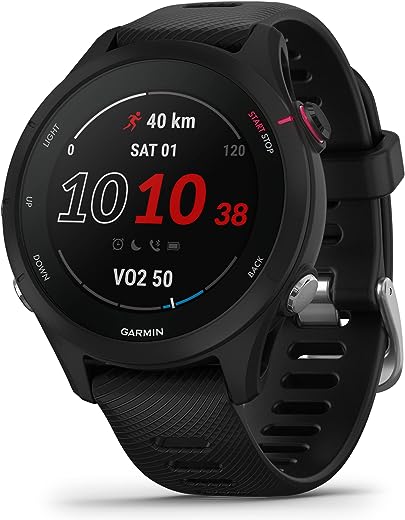 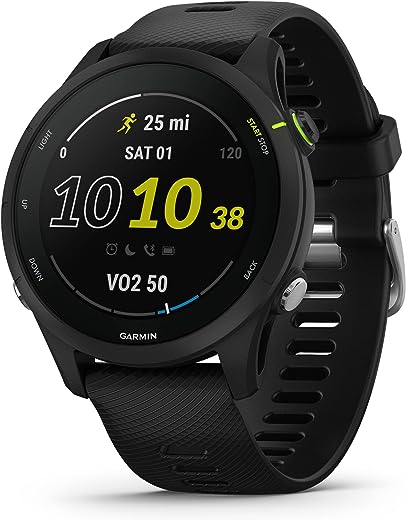 Before we continue, let’s take a look at what’s new to the Forerunner 255, so that if you already own the 245, you can decide if it’s worth upgrading to the 255.

As we mentioned earlier, the Forerunner 255 comes in 41mm and 46mm sizes. The difference between these two is the sizes, available colors, weight and battery life. Everything other things including the price are the same.

Beyond these few differences, both sizes have the same build quality, display type, activity tracking features, and price.

So which size is right for you?

The smaller unit is an ideal choice for women and individuals with smaller wrist sizes while the bigger Forerunner 255 is a nicer fit for moderate to fat wrist size individuals. A simple way to know which size is right for you is to simply take a measurement of your wrist using a meter rule, this will give you an idea of which is the right size for you. You want the watch sitting comfortably on your wrist, not too small and not too big on your wrist.

We pointed out earlier that both sizes of the Forerunner 255 are available in the music and non-music edition, the difference between these two is that the music edition comes with about 4GB storage capacity that allows you to load music to the watch which you can listen to offline.

You can add your personal music to the watch via Garmin Express app on your computer OR load music from supported streaming services such as Amazon Music, Deezer, and Spotify.

As a result of onboard music capability, the Forerunner 255 music is priced $50 more than the non-music edition. Personally, I like to listen to music offline on my watch, it offers a lot of conveniences that no doubt makes it a better deal.

If you walking out outdoors, it’s always obstructive to carry your phone along, especially if you’re running. Moreover, you become wary of sweat damaging your phone.

In conclusion, the Forerunner 255 comes with a significant number of new features that in my opinion is a worthy upgrade. And being available in two sizes, gives you the option to choose your preferred size. We recommend the smaller unit for women and individuals with moderate to slim wrist, while the 46mm unit would be more suitable for individuals with moderate to fat wrist sizes.

If you want to load music to the watch which you can listen to offline, the Forerunner 255 music edition is the best deal. Though, it will cost you $50 more.